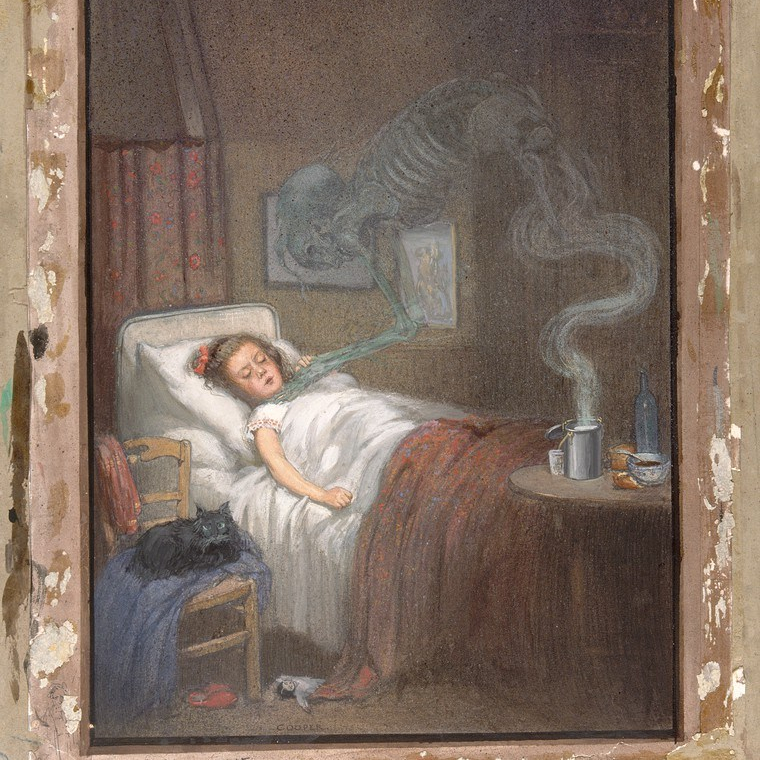 Diphtheria is a bacterial disease that primarily affects the upper respiratory system. Initially, the patient would have a sore throat, fits of coughing, redness, and swelling in the neck and throat area. As the infection progresses a white film forms on the back of the throat and begins to “crawl” up into the mouth, eventually completely obstructing the airways.  The diphtheria disease is easily spread through person to person contact and if an individual goes without treatment, the disease can be fatal.

During the turn of the 20th century, it was found most commonly in children and had a high mortality rate if left untreated. This high mortality rate and lack of knowledge about the disease created panic. The only thing that people knew to do was to separate themselves and create what was known as isolation hospitals. Diphtheria often occurred along with other major diseases at the time, sometimes making it hard to treat or diagnose. Now it is a relatively minor threat, but in London prior to the development of an antitoxin and subsequent vaccine the disease reached epidemic proportions. Since the antitoxin was developed, diphtheria mortality rates have decreased and today diphtheria is considered a rare disease. Shortly after the development of the vaccination, towns near London started setting up child clinics, recommending to all parents that their child be vaccinated. Now, a child receiving diphtheria vaccination is a commonality in most parts of the world, and many public school systems require it.

The Spread of Diphtheria

Signs and Symptoms of Diphtheria

Co-occurrence of Diphtheria with Other Diseases

Mortality Before the Diphtheria Vaccine