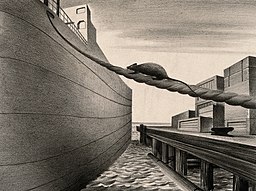 In the 19th and 20th centuries, the plague was more prevalent than one would assume. With outbreaks spreading across London and throughout England, governments were scrambling to counterattack. Legislation was necessary, but what could they regulate? They knew the disease was spreading, but how and how often were still unanswered questions. How could they stop such a forceful disease that had already taken so many lives?

The first step was to officially declare the plague a dangerous infectious disease under the Public Health Act of 1891 by regulating the treatment protocols (MOH St. Pancras 1900). Officials were required under this order to notify every practitioner of their new duties when presented with a patient with the plague, and had to communicate with local government boards when treating a patient. The Medical Officer Newman reports, “Notification is, of course, the first item in the line of defense against infectious disease” (Newman, 54). By notifying the medical officers when physicians were treating patients, a record could be kept of location and prevalence of patients with plague symptoms in each area. Authorities from Port Sanitary Authorities then required every patient being treated for the plague to be taken to the South Eastern hospital, as to avoid further contamination by grouping the patients under one roof (MOH Poplar 1900). By doing so, the hospitals in areas where there were not as many breakouts could be disinfected and used for other patients, and the plague outbreaks could be contained to one area.

A memorandum was issued by the London City Council, requiring immediate notification from the public if they noticed any mortality among rats in their area, as this would be a sign of plague prevalence (MOH Clerkenwell 1900).

These steps – notification, removal and disinfection of patients already being treated, and communication with the government when noticing any signs of an upcoming outbreak – were all very important governmental regulations in preventing further infections.

Almost a decade later, officials in London modified the Fumigating Regulations under the Federal Quarantine Act, which regulated ships bringing imports to the city. Under these provisions, any vessel owner coming from an area that had reported plague outbreaks must provide the Quarantine Officer with a certificate showing that the ship had gone through proper fumigation when empty before leaving the port for London. If the owner did not have a certificate, all cargo must be dumped into the river. These provisions also detailed how to properly fumigate for rats and mice with sulphur, which was used when decontaminating large areas (MOH Port of London 1909).

Further regulations made by the Local Government Board granted the Port Sanitary Authority more power, as they were able to eliminate rats on board of these vessels. When rats were caught they were to be immediately killed, placed in a bucket of disinfectant, and burnt. If anyone failed to comply with this regulation, they were fined 100 pounds. This bill was printed in several languages to help combat several diseases in several countries, including Spain and France (MOH Port of London 1910).

After tackling the problem of rats and getting the word out into the public, later legislation focused heavily on preventing an outbreak in the first place. “The development of legislation dealing with the environmental life of the community, has been a gradual process” (Tottenham, 59) states the Medical Officer of Tottenham. However, the most notable acts were the Housing Act in 1936, the Food and Drugs Act of 1938, and the Factories Act in 1937, which all aimed to improve living and working conditions for the public (MOH Tottenham 1947). These acts also brought up the past Hippocratic beliefs on the impact of airs, waters, and places on good health, and were pivotal in cleaning up the city and preventing outbreaks from poor living conditions, which were made worse when World War II broke out. (Birn).

Food and Drugs Act was perhaps most important, as the fines for breaking any law under this act were substantial. Such examples of law breaking included: selling sausages with horse meat, dead mouse in a milk bottle, and having a dirty milk bottle (MOH Lewisham 1949). There were also routine food inspections that were conducted, to make sure there were no contaminated items being sold or traded. If there was unsound food, the Council’s Destructor Works obtained and destroyed the food and kept record of everything destroyed. Items destroyed in the 1955 Leyton Report included 14 pounds of bacon, 26 pounds of cheese, and 18 pounds of sausages (MOH Leyton 1955).

Conditions were improving, but there was also the very real problem of sanitation still at hand. Therefore, “Regulations of 1962 will be strictly followed to obviate the insanitary conditions so prevalent in many of our larger towns” (MOH Ilford 1962). These regulations pertained mostly to cleaning up the water supply, so as to prevent spread of diseases that may weaken the immune system and lead to easier susceptibility to the plague. A neighborhood of twenty to thirty families on a street would draw their water from the same pump-but sometimes, would have to reuse the same water, creating contamination (Douglas 1991).

Another important act when combating illness such as the plague is the Clean Air Act of 1968-the first legislation of its kind (MOH City of London 1972). This act regulated chimney placement to prevent toxic gas leaks, and enlightened the public on the benefits of clean air and staying healthy. These laws were “necessary and just”, as the people were dying and becoming greedy in their need for food and money during the plague years (Cohn 460).

While the plague destroyed many lives and caused the deaths of thousands of people, it was a turning point for legislation across the globe. England specifically showed much progress, as they passed several laws and regulations to prevent further outbreaks from claiming more lives. By doing so, the plague is again less and less prevalent in today’s world. Clean water, air, and living conditions followed by close observation of the disease and its course, have proven to be beneficial in its demise.